As you may know, I have five children.  I have 3 girls and 2 boys.  Girl (9), girl (7), boy (5), boy (2), girl (8 months)…  I have seen first hand there is a difference between boys and girls.  At least in my family there is a difference between boys and girls.  Maybe it is not that boys and girls are different but rather that all children are all unique.  Anyway, my five year old boy is a five year old boy.  Shocking, I know.  If you have a five year old boy, I hope you know what I am talking about.  He is cute, he is active.  He is loving, he is fun, he is emotional, he is aggressive, he is imaginative.  He can be the sweetest kid on earth and also the most angry and frustrated kid on earth.  He turns into a gremlin when he is tired and/or hungry.  Gremlins can be really cute, though.  Anyway, today I wanted to do a post on preschool behavior management…and what has really helped my little cutie.  (This is my five year old below -see, he is not always a gremlin!) 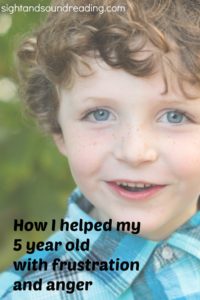 Anyway, my lovely sister found this great set of books to help my little monster!  She is just the best Aunt.  Anyway, the book that she found was called… Howard B. Wigglebottom Learns about Sportsmanship:Winning Isn’t Everything

My 5 year old loves to play sports.  We put him in a summer soccer league and sometimes he would get so angry.  He would get angry if he lost, or if he did not score a goal. He would cry, he would scream, he would be a five year old boy.   It made bringing him to play soccer very hard because you never new which 5 year old would arrive…  did we feed him enough that morning?  Did he sleep well enough?  What if things did not go his way?   Well, fortunately we came across Howard Binkow’s book about sportsmanship.

After soccer season ended we ordered the book, and then basketball season began.  He had the same issues with basketball – he would get so frustrated.  Then we started reading him Howard B. Wigglebottom Learns about Sportsmanship:Winning Isn’t Everything before he went to practice.  Amazingly, his behavior got better!  He started passing the ball more, and not getting so angry.  We were amazed!  Each time he would go to practice or a game, we would read him the book.  Each time he had such a great practice and game.  It was an amazing transformation.  It was so amazing we looked up what other books Howard Binkow had written.  His books seemed like a great way to help with our preschool behavior management issue.

So, I hope if you have a Wigglebottom in your life -whether it is at home, or in a classroom, consider finding some of these books

and testing them out.  They sincerely have helped my preschool behavior management craziness in my home.

Thank you to Jenny Hoke Photography for taking this awesome picture of my son!
If you liked this article, you would also like:

Reading Readiness:  When is my child ready to read?
Help for Struggling Readers
How to teach a child to hold a pencil correctly
Kindergarten Teaching Ideas