The letter M sound is probably the earliest sound kids can produce. It is included in the word mom, momma, mama, and mum, for most mother meanings. The shape is like a double N letter. Humming some music can be a fun activity to start the lesson. Today I would like to share some letter M book list for you to use with kids. The moose, muffin, and monster are waiting for kids. 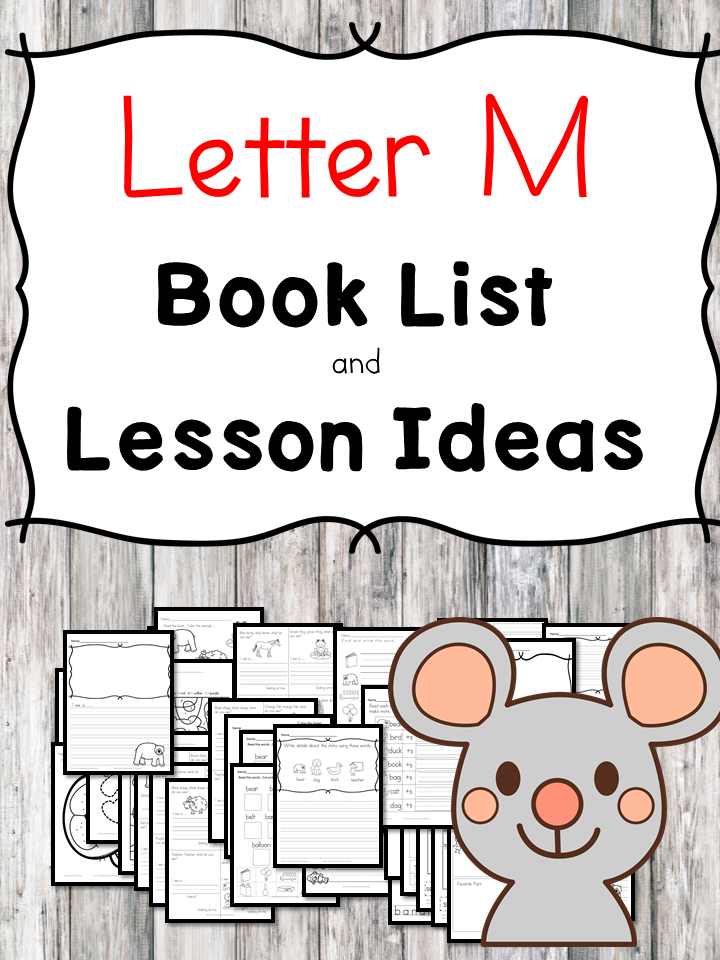 If You Give a Moose a Muffin

The Monster at the End of This Book

By all accounts, this book is a favorite among toddlers and adults alike. Generations will recall their first time reading along as lovable, furry old Grover begs the reader not to turn the page . . . for a monster is at the end of the book! But, of course, the monster is none other than Grover himself. Make a Monster (included) or build your own using supplies like googly eyes, foam shapes, or construction paper. Play the Feed the Monster Game (Included) Do the Monster Writing Prompts (included)

Mo is a monster who just got a mustache. A big, black, beautiful mustache. Everybody likes Mo’s mustache. Now Knot, Dot, Nib, Tutu, Bob, Bill, and Ben all have mustaches too. In fact, soon EVERYBODY has a mustache! Why is everyone copying Mo? And how will he (and his mustache) ever stand out? A wonderfully silly book about style and individuality, sure to grow on readers who don’t have facial hair — and even those who do! After reading the book, have the students create their own mustache (included) OR, Have mustaches made for them and take a picture at a photobooth to send home or create a collage to send home. Do the Mustache writing prompt (included) Instead of making the mustache, or having the students make the mustache, you can use mustache stickers too!

Tippy, tippy, tippy, Pat! That’s the sound three hungry bunnies make when the sun goes down and the moon comes up and Mr. McGreely’s garden smells yum, yum, yummy. While he’s dreaming of his mouth-watering carrots, the bunnies are diving over fences and swimming trenches to get the veggies first! Hammer, hammer, hammer, Saw! That’s the sound Mr. McGreely makes when the sun comes up and the moon goes down and he sees what those twitch-whiskers have done….Nibbled leaves! Empty stalks! Mr. McGreely will build something bigger and better, sure to keep even pesky puff-tails away. Children will cheer for the bunnies — or for Mr. McGreely — as they delight in Candace Fleming’s clever sound effects and G. Brian Karas’s vibrant, funny illustrations. Play the Feed the Monster Game (included) – (students say Muncha, muncha, muncha as the monster eats) 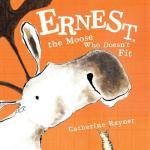 Ernest, the Moose Who Doesn’t Fit

If You’re A Monster And You Know It

A brand-new monster twist on a classic song by Caldecott Medalist Ed Emberley and his daughter, Rebecca Emberley. Children will stomp their paws, twitch their tails, snort and growl, and wiggle and wriggle along with this bright and bold picture book twist on “If You’re Happy and You Know It.” Rebecca Emberley has written a rollicking text, which she has illustrated in collaboration with her father, Caldecott Medalist Ed Emberley. Includes a fun sing-along song by Adrienne Emberley which can be downloaded at www.scholstic.com/ifyouramonsterandyouknowit Dance and Sing and do the actions to this song and book! Download the song at: www.scholstic.com/ifyouramonsterandyouknowit Make a Monster (included) or build your own using supplies like googly eyes, foam shapes, or construction paper. Play the Feed the Monster Game (Included) Do the Monster Writing Prompts (included)