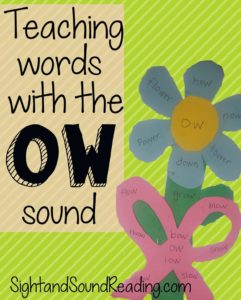 So, with that in mind, I have a fun activity to help teach the words with the ‘ow’ sound.  First I brainstormed all the words where the ‘ow’ says ‘ow’ as in ‘wow’.   When Mrs. Karle taught these words she would ‘hurt’ herself and then say…’ow!’  Then she would put on a bandage with ‘ow’ written on it. So, the words with ‘ow’ on it…

To teach these words, I made a flower.  Then, I put some of the words around the flower.  You could add a second layer of petals to add even more ‘ow’ words that say ‘ow’ as in ‘flower’. 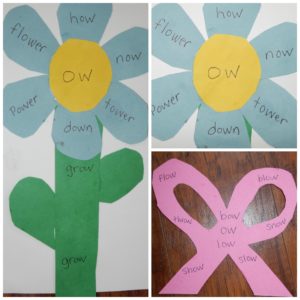 If I were teaching this in a class, I would stop there.  All week -for a week or so, I would focus on the words with ‘ow’ sound as in ‘flower’ and make sure the students really know that the ‘ow’ makes the ‘ow’ as in ‘wow’ sound.  I would read a book like Cow Takes a Bow

to further practice the ow sound. 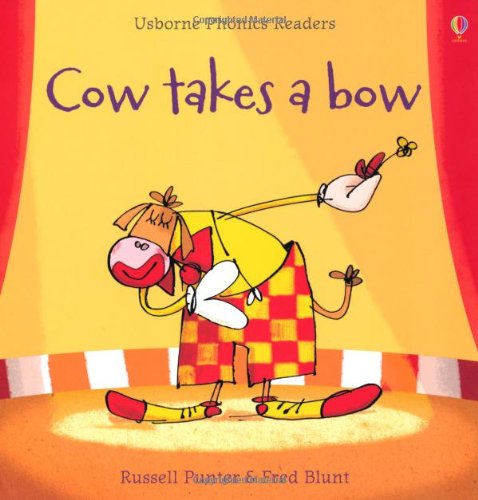 Then, after a few weeks of practice, I would then add a bow to the flower.  The bow is a word with ‘ow’ sound that sounds like ‘o’ as in ‘know’.  So, I would make a bow, and write on the flower the word ‘grow’, and as the flower ‘grows’, we ad a ‘bow’ and on the bow, we write words with ‘ow’ sound …

You could make it a yellow bow!  (I made mine pink). 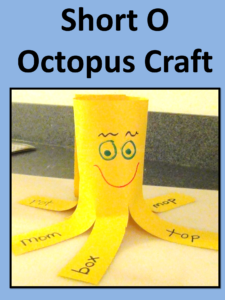 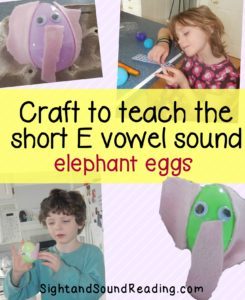